Experience all that’s opening in Orlando in 2017. From new theme park attractions, an entirely new water park to new entertainment and a full year of unforgettable sporting events, a whole new lineup of family fun awaits next year in Orlando. You’ll want to plan your visit to be among the first to enjoy these new attractions. 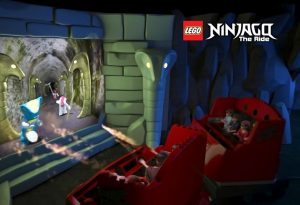 Inspired by the popular series which features the “LEGO” building blocks and the TV Show, “LEGO NINJAGO: Masters of Spinjitzu,” is a new area located in Legoland Florida. It invites guests to step into the wonderful world of martial arts where they are experimenting with an original attractions which combines 3D animation, 4D atmospheric effects, and the latest technology created by Triotech. 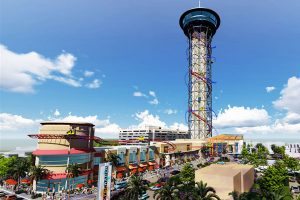 The entertainment complex Skyplex and the roller coaster will be located on International Drive in Orlando. The Theme Park will be expanded by 4300(square) meters and located in an area of 4.85 hectares. The center will house restaurants, shops, and in the center of it all, an enormous observation tower. The designers boast that the tower will be the highest structure in Central Florida and visitors will have a panoramic view from a glass elevator 55 floors high.

By mid 2017, a new hotel at Legoland Florida will makes its debut with scenic views of Lake Dexter in Winter Haven. The newest LEGOLAND Beach Retreat hotel with its peculiar design will house the Lego Lighthouse and 83 rooms with capacity of up to 5 persons. 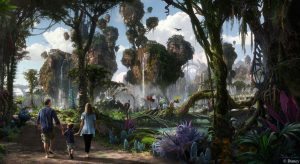 Pandora – World of Avatar is the largest expansion project in the history of Disney’s Animal Kingdom with floating mountains and bioluminescent plants. The principle attraction will be AVATAR Flight of Passage, which will allow visitors to fly aboard a Banshee to a land far away! A voyage on a boat ride will take visitors through a bioluminescent jungle. 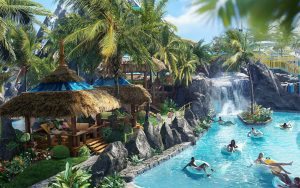 Universal Orlando opens its first aquatic park en 2017. Volcano Bay is being constructed on 53 acres south of Cabana Bay Beach Resort. The theme of the park is based upon the Pacific island and volcano of Krakatau. 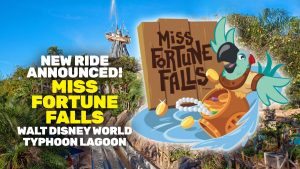 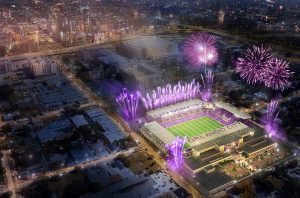 The stadium will be located in downtown Orlando in the center of an entertainment complex being developed a block away from the Amway Center.

The stadium will be able to house between 25,000 and 28,000 visitors and will be the permanent home of the Orlando City Lions. 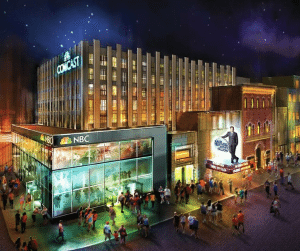 Jimmy Fallon will have his own ride at Universal Studios Florida in 2017. This 3D attraction Race Through New York Starring Jimmy Fallon will be a funny and entertaining adventure which will take visitors throughout the streets of New York City. 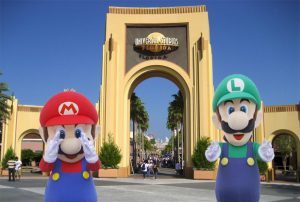 Universal formed an alliance with Nintendo to bring experiences based on the game, characters, and world of Nintendo. Although not much is known yet about what this means for Universal Orlando, we do know there will be a major attraction. 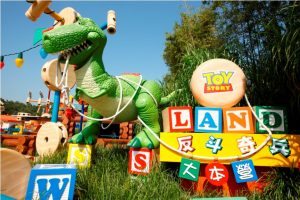 The construction began in 2016, but we don’t have an actual opening date. Disney has not mentioned anything in reference to the restaurants and shops for Toy Story Land, but we assume there will be eateries and merchandise available. Here are 4 certain facts we do know about Toy Story Land: Slinky Dog Roller Coaster, Alien Swirling Saucers, Toy Story Midway Mania, and Andy’s Backyard. 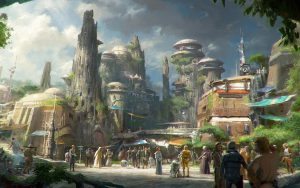 James Cameron’s AVATAR-based land Pandora is set to open in Disney’s Animal Kingdom some time in 2017. The land will be the largest expansion in Animal Kingdom history with floating mountains and bioluminescent plants. The main attraction will be AVATAR Flight of Passage, which will let guests take flight over an alien world aboard a Banshee. A boat ride will take guests through the bioluminescent forest. 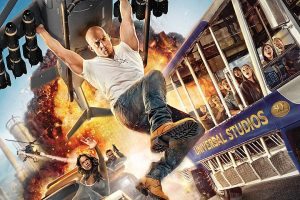 I’m so excited to share that one of the most successful film franchises of all-time will soon become one of Universal Orlando Resort‘s most action-packed ride experiences.

Buckle your seat belts , because in 2018, Fast & Furious: Supercharged is coming to Universal Studios Florida. You’ll feel like part of the “Fast family” as you embark on a thrilling new Fast & Furious adventure that will put you right in the middle of the action.

Check all our promotions here for 2017

4 Top Thrill Rides in Disney World That You Must Do!

See What’s New and What’s Coming Up Next...

Universal Is Asking Guests To Design A New...

5 Tips to Save Money at Universal Studios