20 Of The Coolest Jobs at Walt Disney World

There are many jobs at Walt Disney World that we each find especially exciting. Let’s be honest: any job at Disney would be cool. And every job in the Parks is extremely important, but I think some are just a little bit cooler than others. These are all jobs that I wouldn’t necessarily like to have, but think are amazing!

1. Bibbidi Bobbidi Boutique Stylist: Transforming little girls into princesses – they’re a real-life Fairy Godmother! I’m sure sometimes they get the occasional diva that is hard-to-handle but for the most part, I’m sure most of the little girls that sit in the chair are excited to be there and make the transformation process a delight!

2. Pyrotechnics Expert for Epcot’s “Illuminations” Fireworks: This one’s for all my male readers out there. Sure, the loud booms and chance of catching fire are downsides, but, who doesn’t like blowing stuff up? What fun it would be to be a part of the spectacle and pageantry?!

3. Disney Imagineering: These are the rockstars at Disney who dream all this stuff up. For instance, designing the structures, decor, landscaping and food to serve around Africa and Asia in Animal Kingdom. Fun fact – did you know that Disney Imagineers are required to live in the culture they’re tasked with rendering in a park? For instance the team that designed Africa in Animal Kingdom were required to live in Africa for 3 years immersing themselves in the culture so that they create the most authentic experience imaginable for their part of Animal Kingdom. Talk about an all-expenses-paid, extended vacation to an exotic locale!

4. Disney Princess: This one’s for the ladies out there. You’ll always have a gorgeous outfit to wear. You’ll never have a hair out of place, and children will run joyfully into your arms for hugs and kisses and ask for your autograph.

5. Puppeteer in “Festival of the Lion King.”: I wonder if their arms get tired? They’re probably in pretty good shape considering the multiple shows a day. Great music, great story, fuzzy animals – what a great gig!

6. Person Who Feeds the Animals in Kilimanjaro Safaris: Can you imagine actually getting close enough to see the lions on this ride that are so often out of sight? I’m guessing they’re happy to rouse themselves to dine on some red meat!

7. Tinkerbell Zip Liner in Magic Kingdom’s Nightly Show – Wishes: Talk about having the best view in the park! You’ll be high above crowds gasping in delight as you fly from the princess castle to Tomorrowland! Plus your outfit would light up!

8. Street Performer in Any of the Parks: Imagine you’re really awesome at something like dancing to Bollywood music in Animal Kingdom, playing a brass instrument in a band in Magic Kingdom, spinning plates while juggling bowling pins in Fantasyland – you’d be able to make money doing something off-the-wall and never sit in a cubicle or office again.

9. Person who Stocks Shelves With Stuffed Animals in Disney Stores: Fuzzy, wuzzy, soft faces of your beloved characters always at hand – talk about a low-stress occupation. I’m guessing there’s a bit of box toting to be done in this job but – no biggie! Knowing the fruits of your labors will be thousands of children dozing off to sleep hugging their new “lovey” that you supplied.

10. The Roastmaster: The Guy who slow roasts the pig for the luau at the Polynesian resort. Talk about the eternal BBQ of fun! This sounds like a great job unless you’re the guy who has to dig the pit.

11. Ariel the Mermaid in the Disney’s Festival of Fantasy Parade – Magic Kingdom: What’s not to love about sitting in a giant shell with a shell bra flapping your mermaid tail high above the kids! You’d have to make sure your abs are up-to-snuff but you’d also get to wear that glorious wig of bright red hair!!!

12. Night Guard at Magic Kingdom: I’m not sure if this is even a real job at Disney but can you imagine having the park all to yourself? I love the action and bustle of the parks, but I’ve wished more than once that I could walk slowly through Magic Kingdom, Epcot, Hollywood Studios or Animal Kingdom exploring every nook and cranny having the experience all to myself.

13. CEO: Can you think of anything better than being completely in charge of all of Disney?! I’ll admit that this might be a little too much responsibility for my maturity level, so I’ll leave it up to Bob Iger. Being CEO of Disney means he’s in charge of all of the parks, the cruise line, the movies, the merchandise, the everything. That’s a big deal. And he has been doing a wonderful job, having just been named the USA’s top CEO by Chief Executive magazine. This job could be described much more articulately, I’m sure, but I’ll just leave it as extremely cool.

14. Being a Face Character: This one might seem a little simplistic compared to the others, but I think it’s amazingly cool work. It’s those special cast members job to be a famous, beloved Disney character. They get to make guests’ whole trips by posing for pictures, signing their name, and being that character. Interacting with guests at all is cool, but face characters get to do so in a really special, magical way.

15. Indiana Jones: The Indiana Jones Epic Stunt Spectacular is just that: epically spectacular. This show gives guests a behind the scenes look at how movies stunts (not involving cars) are done. I think that’s pretty cool in itself. But could you imagine being Indiana Jones all day? That performer gets to carry the whip, wear the hat and be chased by a giant boulder six times a day!

16. Lights, Motors, Action Stunt Guys: Movie magic is made real in this Hollywood Studios attraction. This is a very cool job at Walt Disney World that I don’t think I’d like to have. The stunt guys are extremely skilled at what they do and definitely don’t have a fear of danger. The show itself demonstrates how stunts in movies are made with tricked out cars and seemingly “wild” fire and some surprises along the way. It’s an experience like no other and those involved must have an amazing time.

17. Scuba Guys in the Seas: In the lobby of The Seas with Nemo & Friends in Epcot, there is a giant scuba tank that goes from the floor to the ceiling. Several times a day, a scuba demonstration is done here for everyone to see. Someone fully decked out in scuba gear, dives in this enclosure and gets to wave to the audience and interact with them. In another tank in the building, scuba divers get to swim with the dolphins and fish and play games with the audience members watching. It always looks so much fun!

18. Park Operations: These are the front-line Cast Members who bring us the magic! They have a wealth of knowledge on “their” Park and you can ask them almost anything and they can answer you. Even if they do not know the answer you won’t hear them answer that way, they will find out the answer for you by calling on another CM or getting on the phone.

19. Party DJs: These guys make it so much fun for guests with the high energy they bring, great Disney music they use, and the Disney Characters that come out with them to make a memorable dancing experience at Walt Disney World.

20. Chef: Imagine having the chance to go to work every day and be on the cutting edge of culinary arts. Their skills are constantly being sharpened.   They learn from each other, many of whom are celebrated chefs from all over the world. 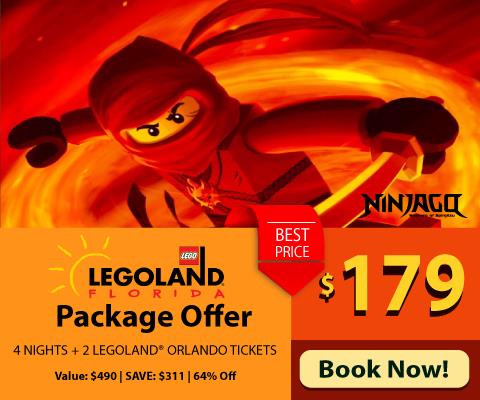 Share Your Celebration of Harry Potter Moments With Snapchat Geofilter

4 Best Tips to Save on Disney World Tickets

Rumour or Fact? Changes to Disney World in...

Walt Disney World During a Hurricane-What do I...

10 Things To Know Before You Visit Universal...

Epcot Construction Update Guardians of the Galaxy and...